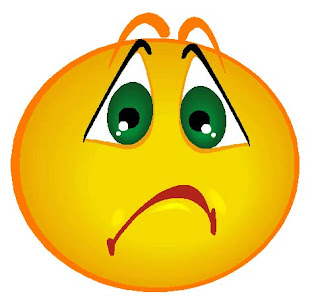 You may or may not remember, but back in September when we did the Susan Elizabeth Phillips Author Spotlight we talked about who might be the heroine for Ted’s book. If you remember, Ted was introduced as a sniffling kid in Fancy Pants. SEP hinted for years that she’d one day write his book and she announced earlier this year that she was in fact writing it. At the time she said she wasn’t sure who his heroine would be, Lucy Jorik from First Lady, or Meg Koranda who was first introduced in Glitter Baby and later had a role in What I Did For Love.

In September we discussed it and we all agreed Lucy is the woman we want Ted with. We even posted a poll about it and most of you agreed. I can’t remember the exact number of votes, but Lucy was in the lead but quite a lot when the poll ended.

So it’s with a sad heart that I bring you today’s news: Meg will be Ted’s heroine.

The first chapter of their book was in the paperback version of What I Did For Love and after quite a bit of discussion on her message board, SEP came forward and confirmed the speculation that it will be Meg:

IT’S MEG!!!!! That will become blindingly clear in the next chapter. The key is what has happened to Lucy.(All the clues are in the first chapter.) Mat and Nealy never made her feel as though she had to live up to being adopted by them, but Lucy feels it, something that only gets magnified with Nealy in the White House. The only way Lucy can repay them for everything they’ve done for her is to be as perfect as she can possibly be. And part of that is marrying the perfect man. Except, as Meg sees right away, Ted has become one more person Lucy feels as though she needs to live up to. Our darling Lucy has been slowly losing touch with the wild child she was at fourteen, and marrying Ted is NOT going to bring that wildness, that absolute bravery back to her. They’re so POLITE to each other. As for Ted… OMG! That’s all I’m saying about him for now…except that Lucy and Ted were a terrible match from the very beginning. It’s why I could never write their book. I love them both too much to have them “settle” for each other.

While I appreciate that she’s the author and can do what she wants, I can’t help but feel betrayed somewhat. For almost a decade I’ve been thinking Lucy and Ted would be a couple..and now they’re not. I didn’t care for Meg at all in WIDFL – poor spoiled little rich girl is mad b/c mommy and daddy are famous – and I have no desire to read about her as a heroine.

But that’s just me.

What do you think? Are you as disappointed as I am, or do you think Meg is the better choice?

Thanks to Diana for the link