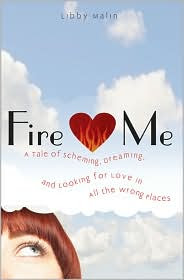 One day, a dysfunctional office, and a budding romance.

Anne Wyatt has finally had it with incompetent co-workers, a boss who runs hot and cold, and meaningless busywork with impossible deadlines. But the day she goes in determined to hand in her resignation, she learns that her boss is planning to let someone go. She changes course, deciding to try for the lay-off and the severance package that goes with it.

Throughout the day, she engages in hysterical antics designed to attract her boss’ negative evaluation, egged on by Ken, the handsome graphic designer in the next cubicle, who has his own ideas for liberation from the corporate grind. In the end, together Anne and Ken have to decide what is important in life, and what they need to discard without a second glance.

The blurb does a pretty bang up job of explaining what this story is about, so I’m just going to jump into my review.

Anne Wyatt was quite the character. She was one of those heroines that had you raising your eyebrows at the stunts she pulled to try to get herself fired. She’s one of those artsy types so she’s really creative. The things that she did throughout that day had me either a) horrified or b) laughing my ass off. She made this story quite lively and I enjoyed getting to know her character. The little crush that she develops on Ken was adorable as well. Almost as adorable as Ken himself was.

Ken is a struggling artist who is trying to get his own art gallery off the ground. He’s doing it without his father’s money so he’s got to work to get the money together to make his dream a reality. Ken works with Anne and he’s the newest member to the team. So when their boss, Mitch, announces that he needs to get rid of one person, Ken immediately thinks he’s the one to go since he’s the lowest man on the totem pole. I really enjoyed Ken’s character because he was always right behind Anne trying to pick up her messes so that he could keep the job that he needed.

The whole book was a riot of office activity and it had me laughing more than once. In the beginning of the book and throughout the middle of the book, the story dragged. It was easy for me to put the book down and move on to something else, but aside from that, this was a pretty decent read. I’m glad that I finished it because it ended really cute. This is the first book that I’ve read from this author and I would not mind reading more. She did well with this one.

This book is available from Sourcebooks. You can buy it here.

Be sure to stop back later as Libby Malin will be here talking about Fire Me and giving away a copy!

One response to “Review: Fire Me: A Tale of Scheming, Dreaming and Looking for Love in All the Wrong Places by Libby Malin.”