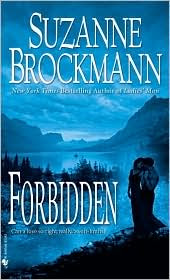 When Kayla Grey travels from Boston to Montana, the last place she expects to end up is huddled beneath a blanket of dirt in the middle of a fierce snowstorm. And the last person she expects to rescue her is the very man she’d come to find. Cal Bartlett was a true-blue cowboy, complete with a horse, and the most amazing eyes Kayla had ever seen. He was also the brother of the man who’d wanted to marry her. But she didn’t discover that until it was too late–after they’d kissed by a roaring fire and Kayla felt a desire she’d never known. Cal could handle Mother Nature, but could he handle the news Kayla brought with her? That his dead brother might not be dead after all? Cal couldn’t imagine why he was being tested in this way–irresistibly drawn to the woman his brother had loved. Now she was insisting he might be alive, asking Cal to join her on a dangerous search based on a rumor from a stranger…. And torn between guilt and longing, Cal would do just that, hoping against hope that wanting this woman wouldn’t mean losing his brother once again.

It’s been a while since I’ve read a Suz Brockmann book so I figured I would rectify that by reading one of her category books for this month’s Year of the Category Challenge being hosted by K Mont.

It’s never a hardship falling into a Suz Brockmann novel. She is one of my very favoritest novelists and this book was no different. This book is about two people who have a sort of forbidden love because the heroine used to be engaged to the hero’s brother. I don’t know what it is about me reading these kinds of books where the hero and heroine are linked together by family but I’m happy to say that in this story, it didn’t bother me as much because true to Suz form, she wrote their story with the main focus on them and not so much the other stuff that it was easy for me to be okay with the way these two were linked. Does that make sense? I hope so because that’s the only way that I can explain it.

So anyway, we meet Kayla (the heroine) when she’s on her way to meet her ex fiance’s (although they weren’t really engaged) brother to tell him about the kooky way Liam died. It’s been two years since Liam’s death and well, she just wants to clear the air, introduce herself and hopefully get Cal’s help in trying to sort out what really happened when Liam died. Once she gets there, she doesn’t expect to get caught up in a snow storm and then have to huddle in the mud to stay alive. She gets saved by this handsome stranger and he takes her to get warmed up and they share a pretty intense kiss BEFORE she finds out his name. Once they do find out who the other is they decide to put the breaks on their little budding romance because well, duh.

They embark on this journey that is filled with shady military peeps and a motorcycle ride that had goosebumps raising on my arms and the book is just one exciting adventure after the other and while they’re running all over trying to stay alive and find some answers, the chemistry between them is threatening to overpower the both of them and it made for an enjoyable read. Suz Brockmann certainly delivers the same kind of magic she usually delivers with this story. It was a short but satisfying read and I’m glad that I picked it up.

Cal was smexy and Kayla wasn’t too bad of a heroine. As much as I enjoyed this story, it wasn’t my favorite Suz but it was still a good one. I don’t think she can write a story that I won’t like and this is evidence of that. Pretty decent read so pick it up, you’ll enjoy it.

This book is available from Bantam. You can buy it here.